Most of the apple cultivars we tested were susceptible to fire blight (Table 1). However, the degree of susceptibility depended on the cultivar (Table 1). Enterprise was the only cultivar that did not develop any fire blight symptoms in either year of the two-year study. Many cultivars (e.g. Granny Smith, Winter Banana) were consistently highly susceptible. Of interest, WA 38 had more moderate responses in both years (Table 1). Aurora Golden Gala, Empire, and Enterprise were consistently moderately to highly resistant (Table 1). Cultivar responses were relatively consistent between years. For example, a cultivar that had a highly susceptible response in 2016 often had a highly susceptible response in 2017. However, some cultivars (e.g. Honeycrisp, Pinova, Spartan) appeared highly or moderately susceptible in one year and moderately resistant in the other. For a given cultivar, differences in fire blight responses between years could potentially be attributed to: (1) variable environmental conditions; (2) differences in tree age and/or vigor between years; and (3) inoculation of shoots that were terminating growth in one of the years. Variation in cultivar response to fire blight between years demonstrates the importance of evaluating susceptibility in multiple field seasons. 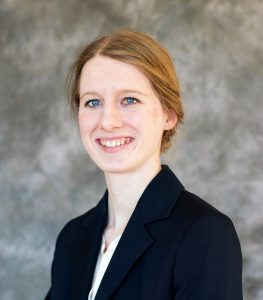