Repel the leafhoppers: Tobin Northfield’s group is evaluating the use of postharvest application of kaolin clay (Surround) and Extenday in large-scale field trials. They have blocks in commercial orchards in the Wenatchee and Yakima regions and are also tracking leafhopper numbers and species across each block. Kaolin clay (Surround) has been effective in other controlling other leafhopper species that spread Pierce’s disease. Extenday has been effective in controlling other leafhoppers and has the advantage of covering up key leafhopper and disease hosts in the groundcover. 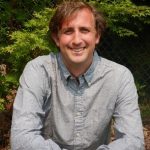 recommendations for leafhoppers vectoring X disease in cherries are based off decades old research on different leafhopper species than we encounter in the PNW. Louis Nottingham’s lab will help update insecticide control recommendations by screening a wide array of conventional and organic insecticides against the two common leafhopper vectors in Washington: C. reductus and C. geminatus.  They will test products against adult leafhoppers by direct contact and as residues on leaves, at increasing intervals from application. Their goal is to allow growers to spray sensibly and with confidence, as to avoid secondary pest outbreaks and insecticide resistance.

Coordinator for Little Cherry Disease. Cody comes to us from Pennsylvania where he worked with the Pennsylvania Department of Agriculture (PDA). His background is in plant pathology with a Masters Degree in Molecular Biology from Lehigh University. His work at PDA included survey of viruses and phytoplasma of stone fruit. Cody grew up in an orchard in Western Pennsylvania and is excited to work with us to limit the spread of X-disease phytoplasma and Little Cherry Virus. Cody will be working with the WSU Tree Fruit Extension team on several projects including training materials for little cherry scouting and sampling and vector management. Cody’s contact information is cody.molnar@wsu.edu (509) 574-1595.

grew up working in pear and cherry orchards in the Cashmere area. He graduated from WSU with a degree in Fruit and Vegetable Management and a minor in Horticulture this fall. Ricardo is working with the WSU Tree Fruit Extension team on videography and Spanish language outreach for X-disease phytoplasma and Little cherry virus management. Ricardo’s contact information is ricardo.naranjo@wsu.edu .

describing the host use feeding behavior of Colladonus leafhoppers. Abby conducted her bachelor’s degree at U of Delaware where she worked at the USDA rearing two invasive pests: brown marmorated stink bugs and spotted lantern flies.

Adrian Marshall is a postdoctor al researcher leading evaluation of Surround (kaolin clay) and Extenday as postharvest treatments for X disease vectors. He grew up in Wenatchee and conducted his PhD in Betsy Beers’ lab working on cultural control of apple pests.

Allie Druffel is a scientific assistant working on the

maintenance of leafhopper colonies, leafhopper and disease sampling in cherry and stone fruit orchards, and working on pear psylla-plant interactions in pears. Allie grew up on a farm in Pullman, where she conducted her bachelor’s degree at WSU, and completed a MS in plant pathology at NC State.