Japanese beetle has been detected in the Grandview, Sunnyside area. WSDA is working to eradicate this invasive pest. You can help by reporting any Japanese beetles to WSDA and treating beetles (if found) to keep populations low.

Japanese beetle is an invasive pest that is monitored for by WSDA. In 2020, as part of a general awareness campaign to the public, WSDA posted information about Japanese beetle on their Facebook feed. A resident of Grandview, WA responded with pictures of this insect in her yard.  Prior to this, only single captures had been found in Grandview, Sunnyside, and near airports.  WSDA is quick to act and has already established traps and scouts for the lower valley.  Additionally, several presentations have been done for homeowners, Master Gardeners, and various commercial industries (video presentation). The goal is to detect and eradicate this beetle, as it has quarantine issues stated in the Japanese beetle Harmonization Plan.

Japanese beetle is a highly destructive in both the larvae and adult stages to ornamental, turf, and fruit crops.  It overwinters as a larvae in irrigated lawns and emerges as an adult in the spring. Through the summer, the adult feeds on

the flowers and foliage until they lay eggs in the soil again in the late summer. The larvae eat the roots of the turf.

Japanese beetle adults are about ½ inch long with a copper body and green head.  They lack hair on their body except for the 5 white tufts on the side and 2 white tufts on the back.  You can detect the larvae by looking under brown patches of lawn or cover crops.  Commercial pheromone traps are available for adults.  More detailed instructions on detection and chemical treatment for each life cycle are on a recommended list of chemicals found on this website (available in English and Spanish). Chemical treatments should not be done prophylactically, but only after confirmed identification.  You can help by reporting any Japanese beetles to WSDA and treating beetles (if found) to keep populations low. Reporting can occur online at agr.wa.gov/beetles, by emailing PestProgram@agr.wa.gov, or calling 1-800-443-6684. 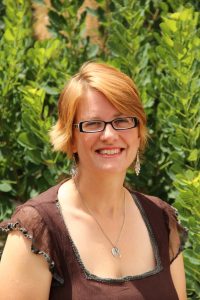