Little Cherry Disease is not a new problem in the Pacific Northwest. The first major epidemic occurred in the Kootenay valley in Canada in 1938, and over the following 40 years devastated the Canadian cherry industry so much that by 1979 the last packing line in the Kootenay valley closed, and the Canadian industry has spent the last 40 years rebuilding.

In Washington State the last major epidemic occurred in the late 1940s and into the 1950s, resulting in the removal of significant acreage. But, with the passage of time and changes in management practices, the disease has become prevalent in Washington orchards again. Since 2010, LCD has become a statewide problem, resulting in unpicked limbs/trees, tree removal, and even orchard removal.

Little cherry virus (both -1 and-2) infection of sweet cherry cultivars results in small fruit with reduced sugar content that may taste bland or insipid. Severity of the disease differs between cultivars, with Lambert and Bing being highly susceptible, whereas Van and Sam are less so and fruit may reach marketable size although flavor is still affected.

On some cultivars such as Lambert, the fruit may also have a noticeable pointed tip. Tree size and vigor are not significantly affected, and there are no reliable foliar symptoms associated with this disease. The disease develops over several years:

Little cherry virus-2 is present throughout Washington State, and is also present in British Columbia in Canada.

The host range of Little cherry virus-1 and -2 is limited to a few species within the genus Prunus. Sweet cherry (Prunus Avium) and sour cherry (P. cerasus) are the most economically important hosts of this virus, although it can also infect ornamental flowering cherries (P. mahaleb, P. emarginata, and P. tormentosa).

Material to sample: Submit four five-inch cuttings from the diseased limb(s) including leaves, and FRUIT STEMS.

Trees with no symptoms: Sample from each leader. *Samples only needed in non-confirmed blocks/ adjoining trees. See flow chart.

When to sample: The week before harvest to mid-August.

Where to send samples:

Pathogen-Free Planting Sources. Replacement trees must be obtained from pathogen-free planting stock. Nursery trees can be free of symptoms and still be infected. Manage your risks – if in doubt, have the material tested before you buy or plant.

Remove Infected Trees. Once little cherry disease is confirmed in an orchard all trees showing visual symptoms, and/or those that have tested positive, should be removed. Little cherry virus-1 and -2 survive in living plant tissue, therefore it is critical to kill or remove cherry roots in order to stop re-infection from occurring when

Detect Mealybug Populations. Egg masses of both mealy bug species can be seen on bark, typically near the center (trunk) off the tree. Pulling back loose bark in search of egg masses is another strategy. Apple mealybug adults can be seen feeding in cracks and crevices of bark during the early spring, and crawlers can be found on the undersides of leaves during June, July and August. Grape mealybug crawlers and adults are typically found feeding at the base of fruiting clusters before harvest. When populations are low, it is common for both species of mealybug to reside only in the tops of trees in the un-pruned suckers, making their presence difficult to detect.

Identify your mealybug populations. In order to best target control measures, start by identifying your mealybug population. The two mealybug species differ in appearance as well as lifecycle. Apple mealybug are yellow/green in appearance and egg masses are cigar shaped, while grape mealybug is pink/purple with two tails and egg masses are masses of fluff. Apple mealybug has one generation per year with females emerging from overwintering sites in mid-spring, egg masses are laid around June, and crawlers emerging over the course of an entire month. This long/gradual emergence makes the crawler stage difficult to control with foliar sprays.  Grape mealybug has at least two generations per year and at some point in the summer; eggs, crawlers, and adults are all present on the same tree, which makes control challenging.

Biological Controls. Beneficial insects including lacewings, minute pirate bugs, spiders and ladybeetles are generally quite effective in controlling mealybugs in orchards where their populations have been conserved. Conserve your natural enemy populations by choosing sprays which minimize impact on predators and parasitoids. The parasitoid wasps Anagyrus schoenherri, Acerophagus notativentris and Pseudophycus angelicus may also contribute to biocontrol. Multiple emergence holes in grape mealybug mummies can easily be seen using a hand lens.

Mealybug Chemical Control. Researchers tested several approaches to controlling the apple mealybugs: delayed dormant pesticide applications to intercept overwintering females; systemic petal fall applications to target crawlers; and foliar summer sprays timed when 70 percent of the crawlers are estimated to have emerged. In the 2014 trial, a combination of Lorsban and oil was found to be most effective at the delayed-dormant stage. Diazinon worked best at controlling the newly hatched crawlers later in the summer. They repeated the research in 2015 to the same results, with one addition: A combination of Centaur and oil also was effective at the delayed-dormant stage. Lorsban is rated as high toxicity on natural enemies. No ratings were found for Centaur. For grape mealybug, in one field trial Azadirect and Mpede provided no difference in crawlers and viable eggs. In one greenhouse trial Centaur, Admire Pro, and Aza Direct reduced crawlers to 0 or near 0. Ultor did not significantly reduce GMB numbers. In general, delayed dormant oils were not as successful as hypothesized.

Western X Questions and Answers: What do we know? What do we not know? http://treefruit.wsu.edu/article/western-x-questions-and-answers-what-do-we-know-what-do-we-not-know/ 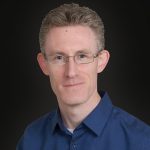