Carbon (C), oxygen (O), and hydrogen (H), taken up in the form of carbon dioxide (CO2) and water (H2O), are the most important nutrients for tree fruit growth and development, representing more than 95 percent of the tree dry matter (Marschner 2002). The rest of the nutrients represent the other five percent, and their uptake occurs mainly through the roots, between bloom and the rapid vegetative growth phase. In most perennial tree fruit, initial spring growth and early fruit development rely on reserves accumulated the previous season (Weinbaum et al. 1984). Thus, fall nutrient management strategies have had positive effects on building those reserves in apples (Nielsen et al. 1996) and
cherries (Lang 2005). However, the effectiveness of fall sprays will depend on the overall tree health, deficiency level, and demand. This publication presents some considerations to decide whether fall sprays are needed.

In tree fruit and other plants, macronutrients such as nitrogen (N), potassium (K), phosphorous (P), calcium (Ca), magnesium (Mg) and sulfur (S) are required in much larger amounts than micronutrients (Table 1). In most intensive cropping systems, the demand of macronutrients can surpass soil availability (or soil supply), requiring nutrient correction or maintenance. For example, K demand in a ‘Gala’ orchard can be 400 times the demand for boron (B) (calculated from Cheng and Raba, 2009). Nutrient uptake is most effective through plant roots; thus, soil application is preferred under adequate growing conditions (healthy roots, soil pH between 5.5 and 7.5, welldrained soil, moderate soil temperatures, among other factors).

Micronutrient uptake can be affected by root growth-limiting factors, including anoxia, parasitic nematodes, diseases, alkaline soils (pH above 7.5), and low soil temperatures, where zinc (Zn), copper (Cu), manganese (Mn), iron (Fe), and boron (B) are precipitated and unavailable. Given that micronutrients are required in small quantities (parts per million), they can effectively be managed with foliar sprays, especially when there are some underground limitations (Fernandez et al. 2013). Micronutrients required early in the season, before root uptake
starts, can effectively be managed with delayed dormant prays,
especially in areas with low soil temperatures. Keeping adequate levels of micronutrients in the soil will benefit root growth and tree health.

Fall nutrient sprays can be utilized for different purposes: to ensure adequate reserves for the following season (Johnson et al. 2001; Dong et al. 2002), to manage vigor and return bloom or for disease control (Beresford et al. 2015; Burchill 1968; Carreño and Pinto de Torres 1982). However, before making a decision, it is important to define your needs and management goals. In the following sections, a few examples and considerations are provided for deciding if N, Zn, and B fall sprays are needed.

Nitrogen is required in large quantities for tree fruit production systems and is a highly mobile nutrient in the plant and in soils (Table 2). In plants, N is a component of many compounds such as chlorophyll, amino acids, proteins, and nucleic acids, and is also part of many metabolic processes.

Table 2. Macronutrient demand per ton (US ton) of fruit.

The wide range in N demand reflects the wide variability that is dependent on cultivar, rootstock, tree density, vigor, tree shoot to fruit balance, among others. For example, ‘Gala’ on ‘Malling 26’ rootstock demands 2.6 lbs. of N per ton of fruit (calculated from Cheng and Raba, 2009) while preliminary data on the ‘Cosmic Crisp’ ® apple has shown a demand of 1.2 – 1.4 lbs. of N per ton of fruit over M9 and G41, respectively, in a three-year study developed by Sallato (unpublished data). Thus, the importance of determining demand needs to be addressed for specific cultivars, regions, and even individual orchard blocks.

During the fall, N within the plant is mobilized and translocated to the roots where it remains stored until the following season (Nielsen and Nielsen, 2003, Cheng et al., 2002, Dong et al., 2001, Dong et al., 2005, Ouzounis and Lang, 2011). In perennial trees, N and carbohydrate reserves are the main source of energy and nutrients for initial growth and early fruit development. This is particularly important in species where pollination and fertilization occur before leaves are fully expanded, such as cherries, apricots, peaches, nectarines, apples, and pears (Nielsen et al., 1996, Lang, 2005). In apples, Nielsen and Nielsen (2003) showed that remobilized N contributed to 50% of the N in shoots the following season, 90% of N in spur leaves, and 60% of fruit N.

Since remobilized N is critical for establishing N reserves for developing flowers, leaves, and fruit, fall N applications can benefit to build up reserves for the following season crop (Sanchez et al., 1990, Johnson et al., 2001, Ouzounis and Lang, 2011, Sallato and Whiting, 2021). When needed, fall N sprays should be done after harvest, between October and November, but before natural leaf fall when leaves start to turn yellow to ensure absorption and remobilization to the roots, trunk and buds (Sanchez et al., 1990, Johnson et al., 2001, Ouzounis and Lang, 2011). The efficacy of fall foliar N sprays can vary between 30 to 80 percent depending weather conditions. Guak et al. (2004) reported 48% absorption in apples sprayed with 2% urea. Before spraying, a decision is required to assess whether the block needs additional N reserves because under adequate nutrient conditions, foliar sprays are ineffective (Wójcik and Morgaś, 2013, Faust, 1989, Guak et al., 2004, Sallato and Whiting, 2021) and can sometimes contribute to toxicity or excessive vigor.

Conditions that indicate the need to build up reserves

In apples, N deficiency can lead to biennial bearing. If you are in your “off year” and you expect higher cropping the following year, fall N can increase the shoot to fruit ratio in the “on years”. Avoid fall N sprays to prevent excessive growth the following season.

Conditions that indicate no need for building reserves

Boron is a micronutrient that is fundamentally important for meristematic growth (new shoot and root growth), pollen germination and pollen tube growth, fruit set, xylem and phloem development, and consequently, fruit quality (Marschner, 2002, Brown and Hu, 1995). Thus, its demand is particularly important for fruit set early in the season (Wojcik and Wojcik, 2006, Cheng and Raba, 2009). Uptake of B by the roots is in the form of boric acid with mass flow (water movement). It has low mobility in the xylem, although in Prunus sp., Malus sp. and Pyrus sp. it has adequate mobility in the phloem (Brown and Hu, 1995).

Deficiencies have been reported widely in the PNW region due to extensive areas with high soil pH, cold soils, excessively drained soils, and dry soil conditions (Nielsen et al., 2004, Peryea et al., 2003). According to Callan et al., 1978 (cited by Faust, 1989), fall application of B is more effective than spring application in increasing B levels in flowers and improving fruit set. However effectiveness depends on the orchard deficiency levels. Effectiveness has most consistently been reported in trees with confirmed deficiency prior to the application. Peryea et al. (2003) reported that B maintenance sprays in apples and pears are more effective at pink flowering stage, and that postharvest sprays in the PNW have not been widely adopted in apples due to logistics and reduced efficacy in late ripening apple cultivars. More recently, Karlidag et al. (2017) demonstrated that the application of B (1000 ppm) plus 3% urea during the fall were effective in augmenting N and B in buds, improving flower development and fruit set.

Most soils in WA’s tree fruit growing area are low in B, and most growers manage the deficiency with foliar sprays. Thus, to monitor B deficiency in the trees, leaf tissue samples are better indicators than soils. Samples should be collected during mid-summer in leaves that have reached maturity, with adequate levels ranging between 20 to 80 mg/kg (ppm).   Although adequate or high levels of B in leaf tissue are not always correlated with fruit B concentrations, if B is low in leaves, deficiency in the fruit is more likely. Precautions should be taken with B sprays because there is a small margin between deficiency and toxicity. Faust (1989) indicated that one spray per season should be sufficient to prevent deficiencies in apples.

Zinc is a micronutrient involved in many enzymatic processes. Deficiency symptoms are very distinctive with smaller leaves, yellowing, rosetting, and short internodes (Figure 2) (Silva and Rodríguez 1995). Among different tree fruit crops, cherries and apples appear to be highly susceptible to Zn deficiency (Faust, 1989, Silva and Rodríguez 1995). Levels in recently mature leaves below 25 mg/kg are indicative of a deficiency.

In the PNW, deficiencies are most frequently in soils that are cold, wet, sandy and alkaline (pH above 7.5) where Zn becomes unavailable. Under these conditions, the deficiency relates more to a lack of uptake rather than a lack of supply; therefore, soil application of Zn is inefficient. Foliar sprays with Zn sulfate (ZnSO4) during the fall and throughout the season have been shown to be effective in managing Zn deficiencies in apples (Nielsen and Nielsen, 1994), peaches (Sanches et al., 2006), sweet cherries (Sallato and Whiting, 2021) and tart cherries (Wójcik and Morgaś 2015). However, Zn has low re-translocation and high binding capacity in the plant (Zhang and Brown, 1999, Marschner, 2002), and as noted by Wójcik and Morgaś (2015) in sour cherry and Sallato and Whiting (2021) in sweet cherries, fall application of Zn only improved bud and flower levels and didn’t affect overall Zn levels in leaves, suggesting the need for frequent applications when deficiency persist.

For leaf nutrient sprays, mixing micronutrients with urea has been shown to improve uptake (Fernandez et al 2013, Sánchez and Righetti 2005). There are several formulations for each nutrient. The most common formulations are listed in Table 3. Whatever the source, always check the label recommendation. To calculate the amount of product based on the actual amount needed, divide the actual amount recommended by the percentage of the element indicated in the label.

The effectiveness of foliar sprays will depend on the environmental conditions at the time of application (Guak et al., 2004, Fernandez et al., 2013). The most important considerations are:

Fall sprays of urea have also been used to induce leaf drop when sprayed in higher concentrations. For example, urea at 5% has been used to reduce inoculum of Venturia inaequalis responsible for apple scab (Qazi et al., 2005, Beresford et al. 2015, Burchill, 1968, Carreño et al., 1982). Urea in combination with ZnSO4 at a 2% concentration has successfully been used to induce early leaf drop after harvest, augmenting cold hardiness (Fernandez et al., 2002, Sallato and Whiting, 2021, Ouzounis and Lang, 2005). 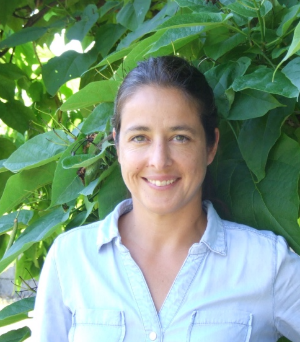 Sanchez, E.E and T. L. Riguetti. 2005. Effect of Postharvest Soil and Foliar Application of Boron Fertilizer on the Partitioning of Boron in Apple Trees. HORTSCIENCE VOL. 40(7) 2115-2117

Zhang, Q.L., and P.H. Brown. 1999a. Distribution and transport of foliar applied zinc in pistachio. Journal of the American Society for Horticultural Science. 124:433-436.