Return to Tabe of Contents

Bull’s eye rot (BER) is a continuous threat to apple and pear storability in the PNW and in many other growing regions. Recent surveys from Washington State showed that BER accounted for 8 to 10% of overall decayed fruit and 40% of the surveyed orchards had BER at frequencies ranging between 1% and 75% (Amiri and Ali 2016). Some cultivars, such as Golden Delicious and Pinata are highly susceptible to Neofabraea spp., but other cultivars such as Fuji, Cripps Pink, and Granny Smith can also be at risk, especially when rainy conditions occur before harvest.

For more informairon about Bull’s eye rot and how to manage the disease see our page Postharvest Diseases: Bull’s Eye Rot. 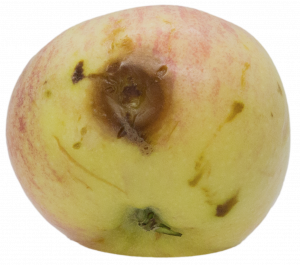 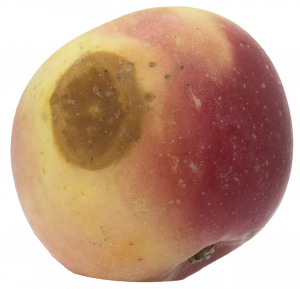 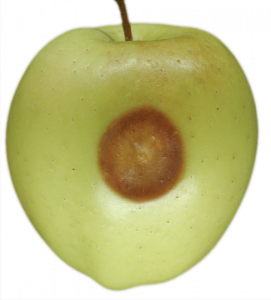 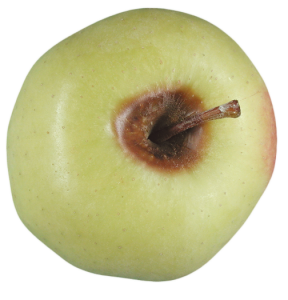 Bull’s eye rot originating from an infection in the stem bowl of this Golden Delicious apple. Photo: CL Xiao, USDA-ARS. 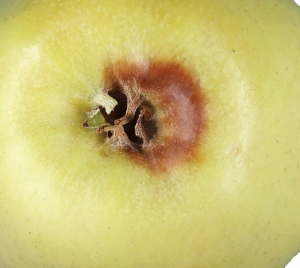 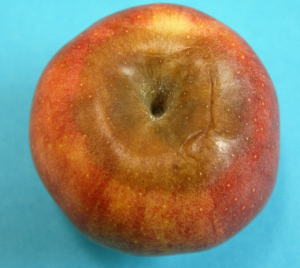 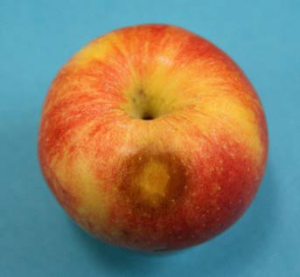 Bull’s eye rot originating from a lenticel infection on Gala. Compare to next image. Photo: A. Amiri, WSU Plant Pathology. 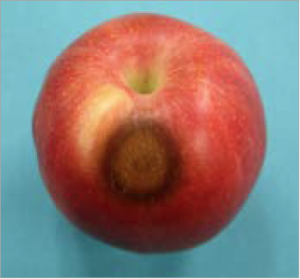 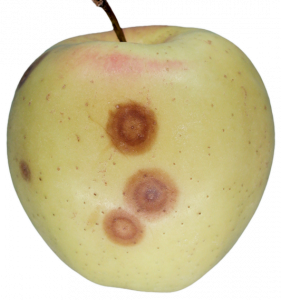 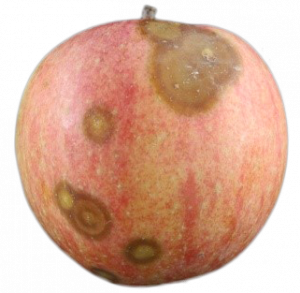 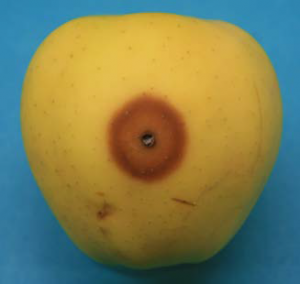 Early Bull’s eye rot infection starting from a wound on the side. Note light brown in the center with a darker halo towards the outer edge. Photo: A. Amiri, WSU Plant Pathology. 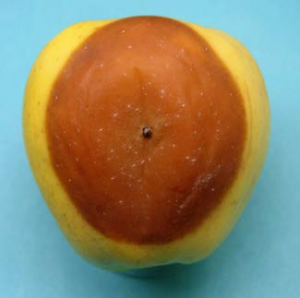 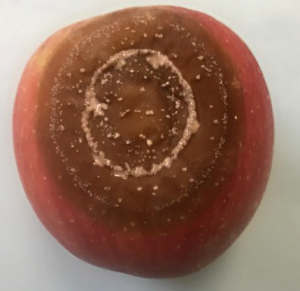 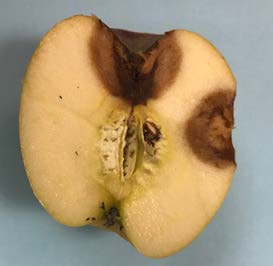 Cross-section of a Fuji apple showing internal symptoms of Bull’s eye rot originating from infections at both a lenticel and the stem-bowl. Note the sharp margin for each lesion. Photo: A. Amiri, WSU Plant Pathology. 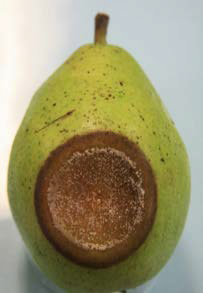