Return to Table of Contents 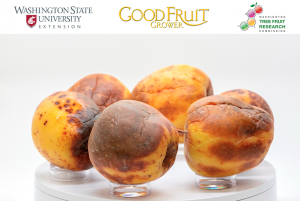 For more information about Phacidiopycnis rot and Speck rot and their management visit our page Postharvest Diseases: Phacidipycnis Rot.

This rot of apples is primarily caused by P. washingtonensis and is refered to as Speck rot. Speck rot presents with two symptoms. Flesh infections are spongy to firm, not separable from healthy tissue, and is sometimes visually similar to gray mold. The color of the decayed area is light to dark brown, and black in advanced stages. A second symptom of infection starts at lenticels. Symptoms are brown to black specks with a white to light tan center around the lenticels. Both symptoms appear more often on the calyx and stem end of the fruit. 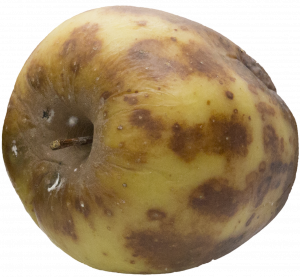 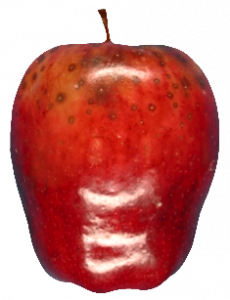 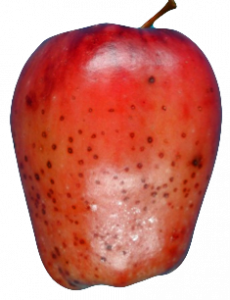 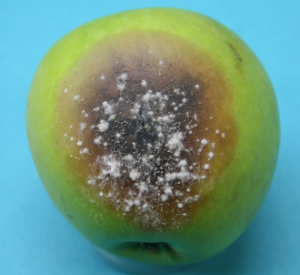 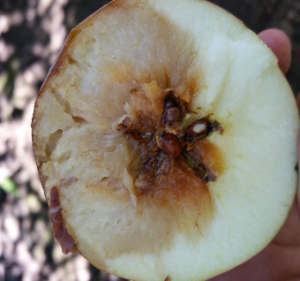 Internal view of a rare speck rot infection of Fuji in an orchard in the Pacific Northwest after heavy rain. Photo: A. Amiri, WSU TFREC. 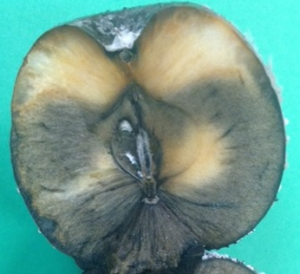 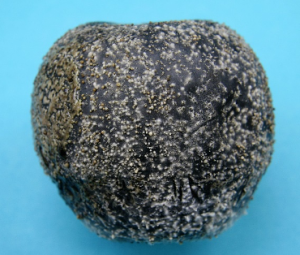 This infection in pears is primarily caused by P. pyri and is refered to as Phacidiopycnis rot. 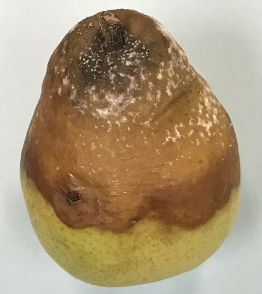 The color of decayed area varies with age. Water-soaked at the margin. Black pycnidia at aged area near stem. Photo: A. Amiri, WSU TFREC. 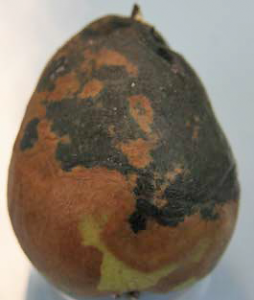