The greasiness of apples can be described as a change of feel and visual appearance of the apple surface as the fruit matures. In general, apples start to feel sticky or oily to the touch, most often after prolonged storage or in conjunction with advanced maturity and in a variety-dependent manner (i.e., some varieties are naturally greasier such as Jonagold, Cripps Pink, Granny Smith).
In general, apple fruit skin is covered by a thin layer of surface wax that crystallizes in intricate patterns. All primary aerial organs of land plants are covered by a waxy cuticle. This is essential for their protection and interaction with the environment. For example, it waterproofs the surface and hinders attacks by pathogens and insects. The surface wax is composed of complex hydrocarbons called “very-long-chained fatty acids”. During the normal ripening process, the wax changes its chemical structure, by producing and incorporating more alcohols, which in essence make the wax ‘melt’.
Excessive greasiness becomes a problem if it interferes with the ability of the fruit to be waxed on the packing line. WA 38 belongs to the group of apple varieties known to develop an abundance of greasiness at times, especially in fruit from young plantings. Here we summarize results from seven years of data collected at the Apple Breeding Program Phase 3 (P3, the pre-commercialization phase) orchards located in Quincy and Prosser, from 2010 to 2016.

Data was collected from the P3 orchards located in Quincy and Prosser, from 2010 to 2016. The trees were planted in 2008 on M9 337 rootstock in both locations.
During harvest, a sample set of up to 40 apples was collected and transported to the WTFRC laboratory in Wenatchee. Internal, external (including greasiness), and quality analyses were performed within 24 hours of harvest. The storage samples were placed in 30lb. crates in the orchard drenched with a postharvest fungicide at one of the Stemilt facilities and stored in their research storage unit in Wenatchee. Half of each batch was treated with SmartFresh (1-MCP) within one week of harvest, and both 1-MCP treated and untreated fruit were stored in refrigerated air (RA, 33°F) and controlled atmosphere (CA, 34°F, 1% CO2, 2% O2) to mimic standard commercial storage conditions. WA 38 was stored in RA for 2 to 6 months, and in CA for 4 to 10 months.
The incidence of greasiness on storage samples was evaluated at the WTFRC laboratory after 7 days at room temperature to closely mimic fruit quality as sampled by the consumer after transport and handling. Laboratory samples were not commercially waxed. Greasiness was assessed on individual apples, visually and by hand. We evaluated a total of 4,960 apples from Quincy and 4,678 from Prosser.

1. Tree age:
The greasiness of WA 38 apples is most prevalent in fruit from young trees (Figure 1). Overall greasiness (two orchard locations combined) was higher for fruit during the first two years of production (2- and 3-year-old trees) reaching 81.5% and 54.2%, respectively. Fruit from fully bearing trees (4 to 8 years old) had significantly lower greasiness, less than 25%. 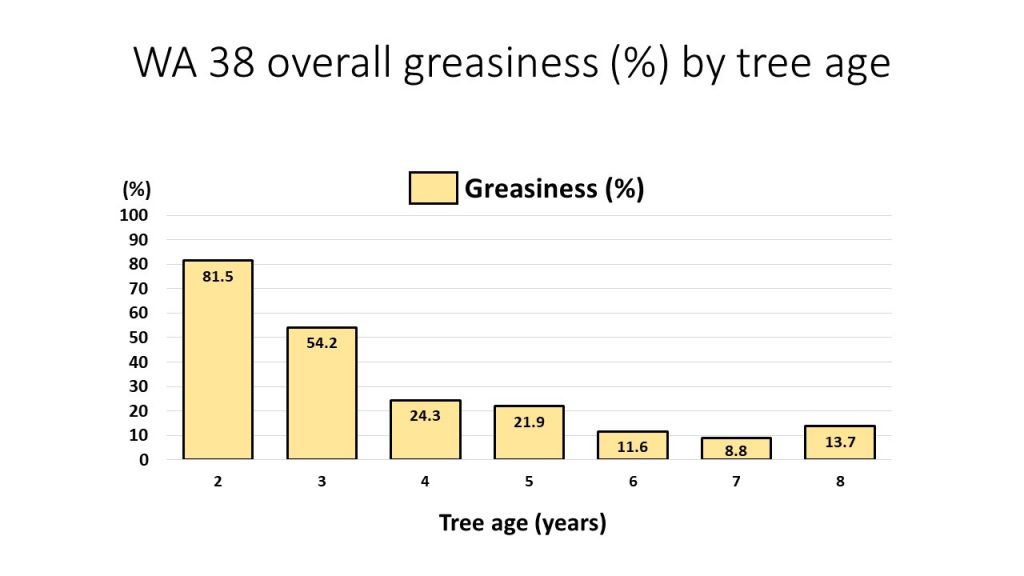 Figure 1. Incidence of greasiness after storage of WA 38 fruit from two locations (Quincy, Prosser) as related to tree age.

WA 38 greasiness by location presents the same pattern as overall greasiness, with a higher incidence of grease on fruit harvested from young trees (Figure 2). Except on 3-year-old trees, fruit grown in Prosser had higher greasiness than WA 38 from Quincy. In both locations, greasiness exceeded 45% on young trees. The greasiness of fruit from mature trees in Prosser and Quincy ranged from 11.5% to 35%, and 3.5% to 23.3%, respectively. 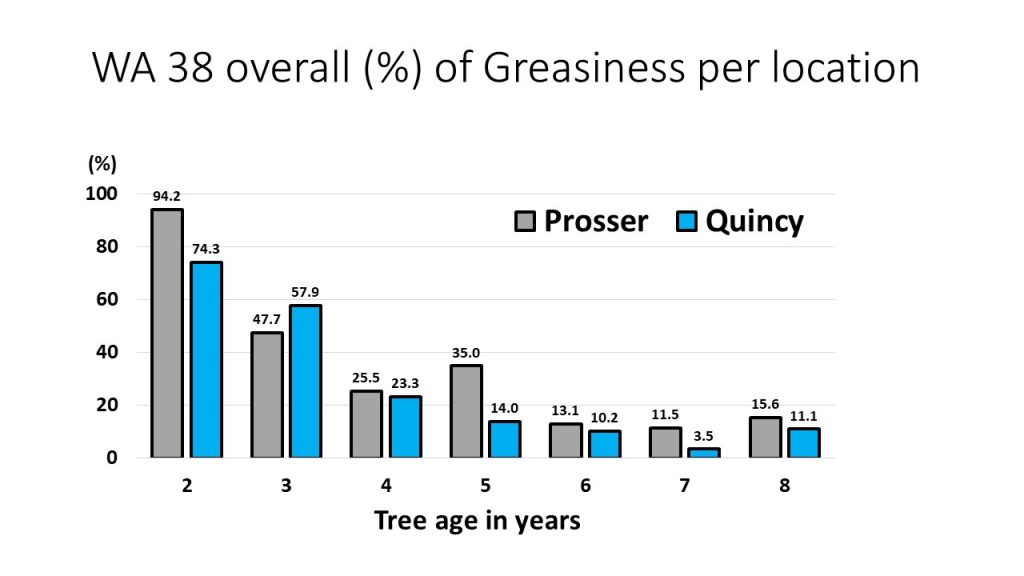 Figure 2. Incidence of greasiness (%) of WA 38 apples by tree age (2 to 8 years old) and orchard location: Prosser and Quincy 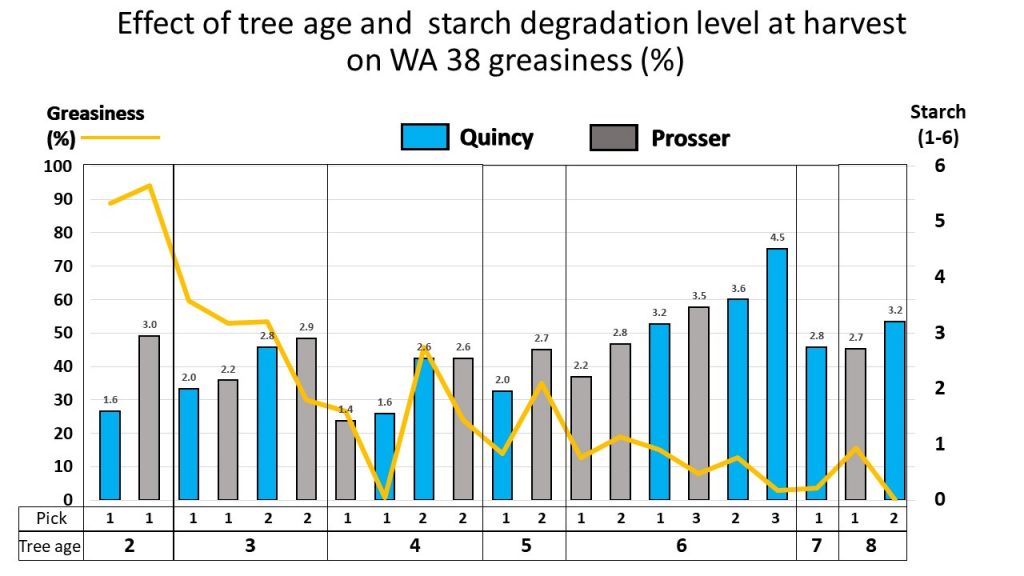 Acknowledgments: We would like to thank Tom Auvil (former WTFRC employee) and Kate Evans (WSU Apple Breeding program breeder) for their collaboration and the following companies for their contributions: Stemilt, Legacy Fruit, Agrofresh.