Washington State University has two tree fruit breeding programs targeting the development of new cultivars that are suitable for Washington’s climate. In addition to conventional breeding techniques, both programs use DNA information (genetic markers) to improve the breeding efficiency by utilizing a more informed choice of parent and by eliminating seedlings that lack the desired traits. The pome fruit breeding program, led by Dr. Kate Evans, is based at the WSU Tree Fruit Research and Extension Center (TFREC) in Wenatchee, WA (pome fruit breeding website).  This consists of both apple scion breeding and pear rootstock breeding. The sweet cherry breeding program, led by Per McCord, is based at the WSU Irrigated Agriculture Research and Extension Center (IAREC) in Prosser, WA.  An overview of the apple and sweet cherry programs can be found below. Information about the complimentary genomics research efforts is found on our Genetics & Genomics page.

Click on the crop heading to view the breeding program overview.

The goal is to produce apples of an improved eating quality, particularly focusing on outstanding texture and storability. The WSU apple breeding program is a conventional breeding program, hybridizing parents with desirable traits. Promising seedlings are selected from large populations and their fruit is evaluated in the laboratory for eating quality and suitability for long-term storage. This program was one of the 12 core US breeding programs of the SCRI RosBREED project, ‘Enabling  Marker-Assisted Breeding in Rosaceae’.

The WSU apple breeding program recently released Cosmic Crisp® WA38 an eye-catching, large, dark red apple with a remarkably firm, crisp, and juicy texture that also stores well. The apple has outstanding eating quality, exceptional flavor, ample sweetness, and sufficient tartness to impart real character. Our feeling is that when it comes to the combination of taste, texture, and beauty, the Cosmic Crisp® WA38 apple has no equal in today’s marketplace. The first commercial trees were planted in 2017.  Visit here for more information about this new cultivar.

There are several online resources for learning more about Cosmic Crisp® WA38. The primary source for information is the dedicated Cosmic Crisp™ WA 38 website. Many Good Fruit Grower articles have been written about this apple discussing various aspects of both the fruit itself and on growing the trees. The Tree Fruit Team has also produced a great YouTube video featuring Dr. Kate Evans, Dr. Stefano Musacchi, Tom Auvil and Dave Allan: “Cosmic Crisp® WA38 Field Days”. Additional information can be found in the Cosmic Crisp® WA38 factsheet and in this preliminary horticultural research report.

Cosmic Crisp® WA38 is only the most recent variety released by the WSU apple breeding program. The first release from the program, ‘WA 2’, was offered to Washington State growers for evaluation in December 2009 because of its outstanding eating quality, appearance, and extremely long storage life. This variety has recently been released as ‘Sunrise Magic® WA2′. View the press release here.  Visit here to learn more about Sunrise Magic® WA2.

Following on the heels ofSunrise Magic® WA2 was ‘WA5’ in 2011. Visit here to learn more about ‘WA 5’. Several other elite selections have been planted in commercial grower trials in central Washington.

The principal investigator for the WSU apple breeding program is Dr. Kate Evans, located at the Tree Fruit Research and Extension Center in Wenatchee, WA. To learn more about this program and new WSU apple varieties visit the apple breeding website.

To learn more about the selection process watch our YouTube video “Fruit Testing at the WSU Apple Breeding Program,” with Dr. Kate Evans and the tree fruit breeding program team at WSU-TFREC.

WSU scientists completed the genetic map for apples in 2013. This new found wealth of information should help the process of breeding better apples. Read more about this at WSU Reconnect: “The STEM in your Apple.”

Over the last few decades in the U.S., utilization of size controlling or dwarfing, stress tolerant and precocity-inducing rootstocks has stimulated the modernization and industrialization of the orchard systems in the U.S., resulting in steady growth and profitability of various fruit commodity industries. Such rootstocks have been extensively utilized in apple, sweet cherry, peach and several other perennial specialty crops.

In contrast to several other fruit crops, the U.S. pear industry lacks appropriate rootstocks on which to establish modern high-density orchards. Without appropriate rootstocks, there is a reluctance to plant new high-quality scion cultivars that can enhance consumer satisfaction and increase the profitability of the pear industry. The adoption of several other orchard innovations rests on the availability of rootstocks, for example improved production efficiency, worker safety and reduced pesticide inputs. In many international pear producing regions, production systems for pear mirror those of apple as they rely on dwarfing quince rootstock. In the PNW, growers have been reluctant to transition to current commercially available quince rootstocks since they lack cold hardiness.

A recent collaborative effort by the U.S. pear industry and research community has resulted in the development of a roadmap to focus attention on urgent needs. The long-term goal is to revive and modernize the U.S. pear industry and to increase its sustainability by enhancing orchard efficiency. Progress towards this goal was started recently by the establishment of the Pear Genomics Research Network (PGRN) which brings together researchers and industry representatives of the major pear producing areas in the U.S., namely Washington, Oregon and California.

The aim of these efforts is to build on recent (and concurrent) research to develop a long-term dedicated pear rootstock breeding program at the Tree Fruit Research and Extension Center in Wenatchee, WA.

The WSU sweet cherry breeding program (CBP) has continued to improve and expand since Dr. McCord was hired in April 2018.  Laboratory and greenhouse spaces have been upgraded, and a 30 × 96-foot hoop house was recently added this spring to allow for crosses to be made under cover with potted trees.

The CBP has a four-stage pipeline.  Field data, historical reports, and DNA information are used to select parents for crossing (hybridization).  Crossing is done by hand, or with the use of solitary bees (mason bees) in netted cages.  Some fruits are also collected from ‘open’-pollinated mother trees in the orchard.   For early-ripening and interspecific crosses (crosses with other stone fruit species), a specialized technique known as embryo rescue is used to obtain viable seedlings.  Seedlings are initially grown in the greenhouse during the winter and early spring.  Leaf tissue is sampled for DNA extraction, and the seedlings are screened with DNA markers for important traits such as self-fertility and powdery mildew resistance.  Selected seedlings are transplanted to the field in late spring as Phase 1.  As the trees begin bearing, they are evaluated for several important criteria, including ripening time (early ripening is a major priority for the program), fruit size, firmness, and flavor.  After several years of evaluation, superior seedlings are grafted onto a rootstock and planted in replicated Phase 2 trials.  Additional data is collected in Phase 2, including cracking resistance, stem pull force, and storability.  Current Phase 2 locations are in Prosser, Pasco, and Hood River.  After several more years, the best Phase 2 selections are advanced to larger Phase 3 trials, all on grower farms.   Evaluation criteria will be similar to Phase 2, but with the addition of running fruit over a commercial packing line.  Selections that perform well in Phase 3 are released as new varieties.  Currently, three selections (‘R3’, ‘R19’, and ‘R29’) are in Phase 3, with plantings in The Dalles, Mattawa, and Zillah.  Since these trials were planted in 2020 and 2021, it will be several years before we have enough data to consider a release.

As part of restarted breeding pipeline, six new selections were planted in Phase 2 trials this year, with two new Phase 2 selections coming in 2022.  After the newest Phase 1 trial  is  planted this month, there will be approximately 4,000 additional seedlings in the program, with the first expected to begin fruiting in 2022. 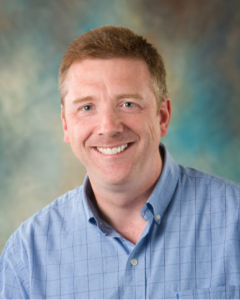